And after almost a year living apart from my twin sister, I’ve learned a lot about myself and about her. It’s been a really interesting year with a lot of changes. The last couple days have been hard because we’ve been fighting (yes, we can still fight with 5 hours between us) and it’s really made me reflect on our relationship. For most twins, and especially us, you’re always seen as a pair. A team. A package of twinkies, always coming with two. This can be intimidating for some. Growing up, people would always tell us that we had an unhealthy relationship and were too dependent upon eachother. Looking back I can see how we could have been perceived that way, but now that I’ve lived on the other side of things, I can say with certainty that that wasn’t the case. We’re like an old married couple. God gave us to eachother and we adapted our ‘individual’ lives to account for what we see as a blessing. And despite the overwhelming personality differences, we love eachother. Every day is a choice to accept eachother’s flaws and love eachother for who God made us. And that has bonded us together. I can honestly say that I have never known a person as deeply as my sister. We’ve shared everything from a womb, a cell phone, a car, a dorm, friends, childhood memories, and a birthday. We both dealt with the same divorce and have been eachother’s shoulders to cry on. I know her habits and sinful nature. And she knows mine. But I still don’t know her completely. And that is what I’ve learned by being apart: That we are more different than I could have possibly imagined and I love her more because of it (even though we can drive each other crazy and hurt eachother deep). I’m learning something new about her every day. As I was thinking about this, I realized that’s how Jesus sees us. He was there with us since the beginning of time. He placed us in out mother’s womb, held us as we took our first steps, and embraced us when we were at our worst. He knows us so intimately we can’t even fathom it. And just as my sister feels hurt when I don’t make time for her, God is yearning for his children to come to Him. 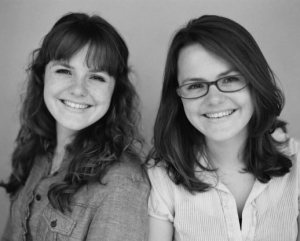 Just because he created us, doesn’t mean a personal relationship exists. It takes work and commitment to feel God’s presence. He’s always  there, we just need to meet Him.

So Haley and I still have some stuff to work through, like all of us do. But one thing I know to be true it that she loves me and I love her and God loves us both. And loving her as Christ loves me is my goal.