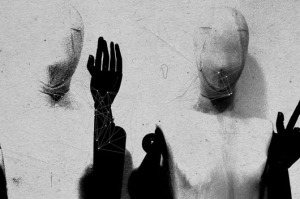 Padded rooms. Drooling mouths. Heads banging on walls. These are the images that come to mind when someone mentions mental disorders. We can’t help replaying Ken Kesey’s portrayal of life in a mental asylum in our heads. And who can blame us? Mental disorders are greatly misunderstood by our society. I’d like to shed some like on mental disorders by telling my story.

Throughout my short life, I have had two different mental illnesses both of which happen to fall into the emotional disorder category. My struggles with these disorders really opened my eyes to the world of mental health. It helped me look past the name of the disorder and look at the person suffering from it. Just like every person is different, every person’s disorder is different, which helps perpetuate the struggle to understand mental disorders and mental health.

In college, I developed anorexia nervosa. A quite common problem among women, this disorder is often downplayed and blamed on low self-esteem and the media’s portrayal of women. Though these things can definitely play a factor. You are oversimplifying it by claiming that’s the only thing to it. Growing up, I always scoffed at girls who struggled with their body image. I thought they could just turn it off if they put their mind to it. “If they really wanted to stop, they could”, I thought. Looking back, I now see how insensitive and ignorant I was. Every eating disorder is different but anorexia nervosa symptoms include the following:

While in the midst of this disorder, I was obsessed and terrified. I was distrustful of my own body and my own stomach. I ultimately lived in a fantasy world where my body was out to get me unless I took matters into my own hands. It was an extremely draining time for me. Every waking second, I was thinking about my weight, my body, and what I would eat at my next meal. I was a slave to the scale and with every pound I dropped, my obsession increased.

By the grace of God, I had friends lovingly point me to Truth and lead me out of the darkness I had gotten myself into. This was the first time I was able to put a human face on eating disorders. I was able to understand the pain, the struggle, and the recovery someone with an eating disorder has to go through. It was life changing.

For the last year and a half I have struggled with Generalized Anxiety Disorder (GAD) and for the last year I have been on daily medication for it. I never thought in a million years I would say that. But the chemicals in my brain are not cooperating with me in this season of my life. This is another disorder I was ignorant about. “Just stop worrying”, I would say. Easy enough, right? Oh man was I wrong.

GAD is characterized by “by excessive, exaggerated anxiety and worry about everyday life events with no obvious reasons for worry. People with symptoms of generalized anxiety disorder tend to always expect disaster and can’t stop worrying about health, money, family, work, or school. In people with GAD, the worry is often unrealistic or out of proportion for the situation. Daily life becomes a constant state of worry, fear, and dread. Eventually, the anxiety so dominates the person’s thinking that it interferes with daily functioning, including work, school, social activities, and relationships.”

As a Christian, I know that disorders like anxiety and depression (which are closely related to each other) are very misunderstood by the church. We often look to Bible verses about prayer and anxiety as an easy fix. Just read this verse every day and your anxiety/depression will go away. Sadly, God did not create our minds to be that simple. Instead, He made us so complex that psychologists don’t understand everything that goes on in the human brain. Another ‘quick fix’ thrown into the ring is the fact that the person struggling with anxiety/depression has brought it upon themselves. Though this is sometimes the case (because sin sucks), a quick flip through the book of Job will prove this theory wrong. In the beginning of my battle with GAD, I would beat myself up thinking I was doing something wrong. I tried to white-knuckle it. But loving Christian friends of mine encouraged me to see a doctor. They explained that medication is not distrusting God and so I got put on meds. I thank God continuously for those tiny pills.

Before medication, I couldn’t even pray because my mind would not slow down enough for me to focus. My thoughts would dart around like ping pong balls escalating to doomsday scenarios. Constant pounding heart. Constant shortness of breath. I was jumpy, I was sad. I was terrified, hopeless. It was a regular occurrence for me to be on my knees or in the fetal position crying out to God to make the thoughts stop. It was torture. I couldn’t control my own mind. It had betrayed me. I knew the truth: God loves me and has a plan for me. But my body took that truth and twisted it to make be believe all my nightmares would come true. I truly believe God uses medication for His good and His purposes. I have seen medication work in my own life. It has allowed me to actually face and work on my negative thought cycles instead of being trapped by them. I am now able to pray and to seek Christ in all of this because I can hear myself think. It’s a miracle.

Though I still struggle with GAD, I can see the light at the end of the tunnel. And as terrible as this disease has been, I wouldn’t trade it for the world. Why? Not only has it taught me to rely on God in the midst of struggles but it has given me a tiny glimpse of the daily battle people with depression, bipolar disorder, borderline personality disorder, schizophrenia, and the many other mental disorders go through every day of their lives.

I am excited when I see films, books, news articles, and blogs about people with mental disorders because it breaks the stigma associated with them. Like eating disorders aren’t mental disorders or that depressed people just need to get over it… to name a few. I get those stigmas because I once believed them. All we need to do is start having conversations. To see the human brain as something complex. To learn that mental illness falls on a spectrum and to stop shaming people because they struggle with stuff because at the end of the day, we all struggle with something.

If you are interested in mental disorders and the people who have them, check out the following: